Most of the earth’s surface is covered by water in the form of rivers, lakes, seas, and most importantly the oceans. The biggest sources of ocean pollution are from the land, especially from man’s activities since tons of trash and wastes are dumped into the precious water bodies. Ocean pollution is the dumping of harmful substances like chemicals, plastics, oil, and industrial wastes into oceans. Chemicals and garbage were deliberately dumped into oceans. Such wastes included the lethal radioactive wastes and pesticides among many others. Also, heavy metals, industrial chemicals, and oil are some of the wastes that contribute to ocean pollution. Billions of tons of wastes are dumped into oceans on an annual basis. Such amounts are immense to what man can imagine that the precious waters can dilute.

The effects of this kind of pollution are detrimental not only to human beings but also to the marine life. Over one million seabirds die annually from the consequences of ocean pollution. Fishermen discard fishing nets in the water, leading to the death of thousands of porpoises and dolphins that get entangled in these nets. Furthermore, plastic debris that man disposes into the ocean water absorbs toxic chemicals, which poisons anything that eats them. Those organisms that feed on marine food that is chemically polluted are affected healthy wise. In turn, human beings become victims of their actions after eating fish and other aquatic organisms that have accumulated toxic chemicals and metals in their bodies. Therefore, ocean pollution affects both human and marine health due to its effect on the food chain, and as a result, humans should come to action by preventing it.

Effect of Oil Spills and Toxic Chemicals on Ocean Pollution

The leaking of oil rich in toxic chemicals such as toluene and benzene into oceans deteriorates and worsens the quality of this water. In 1969, the Gulf of Mexico's Deep Horizon offshore drilling rig caused immense pollution on the ocean water. The oil explosion resulted in the death of eleven workers. This oil spill is the largest in the history of humanity as it threatened the whole Gulf and Atlantic coastlines. The killing of humans is a clear indicator that much destruction happened on marine life. In addition to this, the effects of the oil spill may have destroyed habitats for sea organisms. Therefore, the ecological impact isn’t something one can afford to brush off.

It’s not only the Mexican spill that has polluted the ocean. 60 kilometers of the coast of southern California had been contaminated with oil. This is after 1969 dumping of more than 100,000 barrels of oil. Moreover, the January 1991 Kuwait’s oil spill resulted in the pollution of a large surface area of water since the oil had covered 11’000 square kilometers with an estimated average thickness of 12.7cm. Such coverage could have interfered with the lives of marine organisms given that the oil coverage doesn’t allow aeration in addition to its polluting nature. 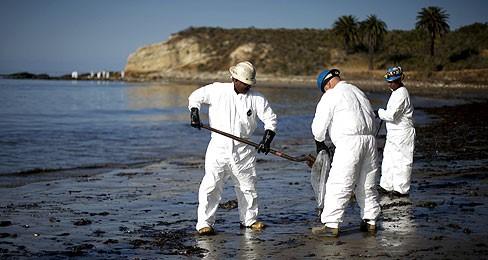 Ocean pollution results in both direct and indirect effects on the marine animals. According to McDermott, the Center for Biological Diversity reported that within one year of the Gulf of Mexico’s oil spill, 102 bird species were either harmed or killed. The report asserts that the number of birds affected is 82,000. Such a huge number shows how the effects of this kind of pollution can be devastating. Besides, 25,900 marine mammals, 6,165 sea turtles as well as several number of fish were either harmed or killed. Such effect continues to impact aquatic lives for a prolonged period. The report further revealed that the consequences of this spill led to the death of 279 sea turtles, countless fish, 36 sea mammals, and 658 sea birds by the mid-June 2010. Such effects can be widespread. Humans relying on seafood may also feel the impact of this pollution. 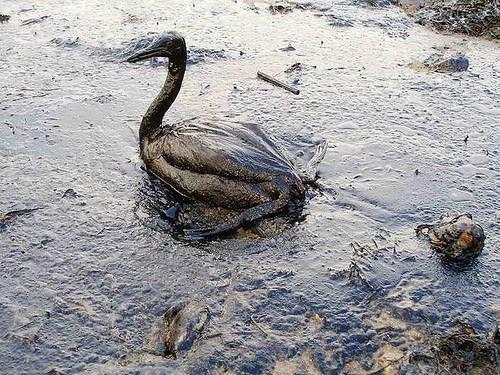 Figure 2: The Impact of the Californian Oil Spill on Marine Life

Marine mammals also suffer from diseases such as the digestive and nervous system problems, contaminant-induced immunosuppression, damage to the endocrine system, and liver diseases. Other conditions that these aquatic animals are likely to suffer from are growth and development conditions, and reproductive malformations among many others. McDermott explains that almost all marine organisms starting from the tiniest planktons to the whales and polar bears are contaminated with chemicals emanating from man’s activities. This is because industrialization has resulted in the dumping of these toxic chemicals. Such a thing causes the death of marine animals as well as their deformities and most importantly, changes in the ecological equilibrium. Therefore, ocean pollution has a very detrimental effect on aquatic life.

Tiny animals such as the planktons are at the bottom of the food chain, which feeds on food contaminated by man. In doing this, they end up absorbing the toxins. Since they don't break down quickly, they accumulate the absorbed chemicals. Therefore, the chemical concentration in the planktons exceeds that of the surrounding ocean water. Small organisms feed on these planktons and the concentration of this chemicals increase further. Once the large animals from the ocean feed on these small ones, accumulating the chemicals and may even move long distances from where they fed with elevated chemical levels. Gunther says that animal at a higher level of the food chain like the seals may have contamination levels of over a million times than the surrounding ocean water. People finally acquire these chemicals through the use of household products and feeding on the contaminated seafood and animal fats. The effect of this is detrimental to human health. Gunther asserts that there is adequate evidence that these chemicals result in serious health conditions such as cancer, immune system damage, reduced fertility, and behavioral conditions.

Effect of Plastics in the Ocean on Human Health

The presence of plastics in the ocean water impacts human health in many ways. Fish, as well as other aquatic organisms that man relies on for food, ingests plastics. According to the Center for Biological Diversity, the North Pacific fish ingest between 12,000 and 24,000 tons of plastics per annum. Such a thing results in intestinal injury as well as the death of the fish, which compromises the natural ecosystem. The death of these fish, in turn, denies humans adequate food. As a result, human nutrition and the general health are impaired.

On the same line, plastics contain chemicals that man acquires through the consumption of seafood resulting in many health conditions. When Styrofoam breaks down into small parts, its polystyrene components sink into the ocean as the pollutant spread to the sea column. The plastic’s direct toxicity if from cadmium, mercury, and lead. These dangerous chemicals have been found in many ocean fish, which humans accumulate after the seafood consumption. The chemicals not only cause disease conditions but also kill due to their toxicity. Andrews says that some plastics contain Diethylhexyl phthalate (DEHP), which is carcinogenic. Other plastic toxins are attributed to various conditions such as cancer, immune system problems, birth defects, and child development issues.

In conclusion, the impacts of ocean pollution are severe both for humans and aquatic life. The effects are likely to continue worsening if no action is taken. The only way to go is to prevent the dumping of human-generated wastes into the precious water bodies. Both the people and their government have a role to play and should, therefore, come to action immediately. It is time to protect oceans from contamination.

Mystics, Mavericks, and Merrymakers by Stephanie Levine
Omani and British during the Wahhabi Period